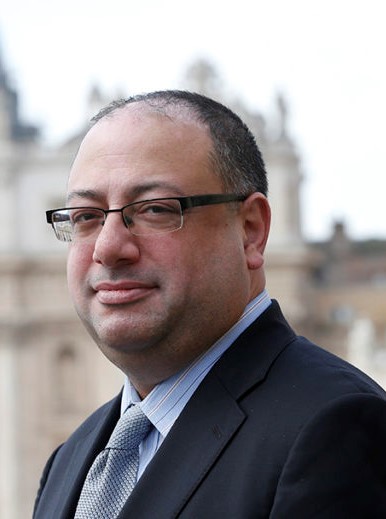 For more than 25 years, Eric LeCompte has led religious groups to win policies that alleviate poverty, address global conflict and promote human rights.‎ He is the Executive Director of Jubilee USA Network, a development coalition of more than 750 religious groups and organizations.

LeCompte addressed the United Nations General Assembly on needed economic and climate policies to achieve the Sustainable Development Goals in 2019. In 2016, his Congressional testimony on Puerto Rico would become part of the basis for debt ‎crisis legislation that Congress passed. In the same year, he testified to Puerto Rico's oversight board on a road map to resolve the island's crisis while protecting vulnerable populations. LeCompte advised a United Nations General Assembly process on global sovereign bankruptcy structures to alleviate poverty. He is a member of expert working groups to the United Nations Conference on Trade and Development (UNCTAD) and the United Nations Human Rights Office of the High Commissioner.

LeCompte serves on boards of faith-based, development and financial transparency organizations. He is a member of the executive board of the Financial Accountability and Corporate Transparency (FACT) Coalition.